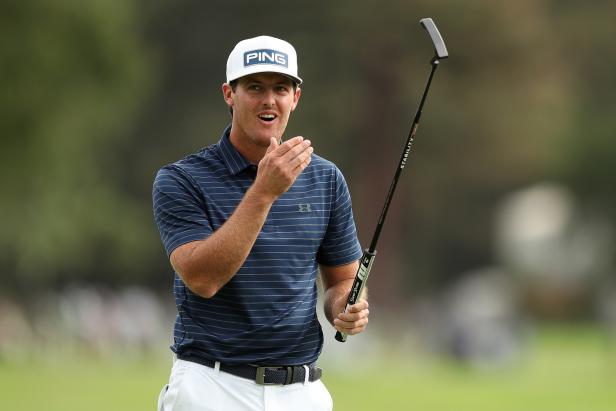 Gehman: Seamus Power — It’s easy to overlook just how good Power has been on the PGA Tour this year. In his last 50 rounds, he gained 1.21 strokes per round, the 12th-best average of anyone on tour. Of those 12 golfers, he’s one of only five golfers to hit at least 62 percent of his fairways, which is going to be a valuable skill set in Bermuda this week.

Hennessey: Seamus Power — Power gained nearly seven strokes on approach last week and ranks 11th in this field over the past 24 rounds in Good Drives Gained, per Fantasy National. He’s a good bet to contend, and odds are, you won’t be tempted to play Power elsewhere this year.

Powers: Patrick Rodgers — Oh yeah, we’re going all in on P-Rodge this week.

6,828 – The yardage for Port Royal, the longest course on Bermuda, but the second shortest course on the PGA Tour schedule behind Pebble Beach.

7 – The number of European Tour wins for Matt Fitzpatrick, including last week. He is still looking for his first PGA Tour victory and is the favorite this week (10-1).

76 percent – The percentage of tournaments (38 out of 50) that Patrick Reed has gained strokes on the field since 2010 on courses that are 7,000 yards or shorter.

Rick Gehman is the founder of RickRunGood.com and the RickRunGood YouTube Channel, is one of the industry’s leading experts on golf DFS and gambling. Gehman is co-host of the First Cut Podcast and appears regularly on the Pat Mayo Experience golf podcasts. Follow him on Twitter: @RickRunGood.

Lee Alldrick of FanShare Sports started out writing an article highlighting the best bargain plays for fantasy golf under his twitter handle @DKGolfBargains. His success at this prompted FanShare Sports to enlist him as a guest writer, which evolved into him writing the weekly Under The Radar article. As a U.K.-based expert, Alldrick’s insight into European Tour regulars and low priced, low owned plays has provided an invaluable edge for readers when it comes to DFS GPPs.