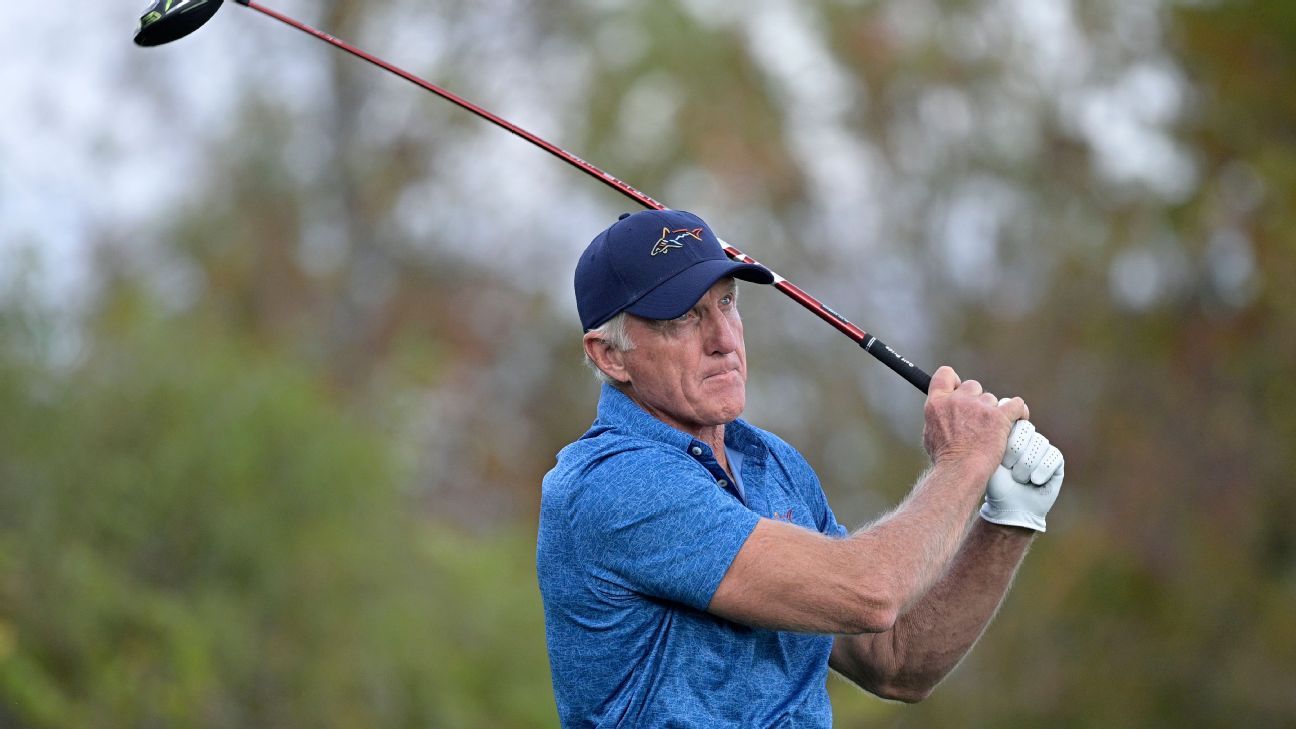 Golf icon Greg Norman will put his successful business enterprise aside to become the commissioner of a long-rumored and discussed golf league that hopes to begin play in 2022, and he is seeking to sign players to lucrative guaranteed deals with big-money purses.

Norman, 66, announced his association with Liv Golf Enterprises, backed by the Private Investment Fund, which operates on behalf of the government of Saudi Arabia. Norman will be chief operating officer of the enterprise, as well as commissioner of the new league.

As part of the announcement, Norman said Liv Golf Enterprises, which will be investing in various golf ventures, has committed a nine-figure sum to help the Asian Tour stage an additional 10 events over the next 10 years..

“This is the biggest decision of my life,” Norman said in an interview.

Norman will continue to be based in South Florida to run the new venture while keeping a hand in his golf-course design business.

“What do I do with the Greg Norman Company? It has 12 divisions. I can’t do both. I can’t put both feet in both office buildings and give 100 percent effort,” he said. “So I decided to step away from Greg Norman Company. I’m handing the reins over for the first time in my life to other individuals to run my company.

“That was a big, big decision because that’s how much I believe in this. That’s how much I believe in the people who have been behind this to get it to a point where we are now taking it and to a point where we will be live and have the first ball in the air in the [spring] of next year.” Norman, a 20-time winner on the PGA Tour who captured two major titles and won 88 times, would not disclose the name or details or if any players have signed onto the new league. He would not say the length of his contract but said he is on board for a “four- to seven-year commitment.” In 1993-94, when Norman was in the prime of his playing career that saw him ranked No. 1 in the world for 331 weeks, he put forth an idea for a World Golf Tour that would see the top players come together in a series of big-money, small-field events. Then PGA Tour commissioner Tim Finchem successfully fought the creation of the rival Tour, which Norman maintained then and now could have worked had players been allowed to compete on both circuits.

That will remain an issue going forward with the launch of a new league, various iterations of which have been discussed and floated for several years. This venture is not part of a previously disclosed Premier Golf League, which is based in London and laid out a plan for 18 tournaments and 48-player fields to begin in 2023.

The Liv Golf Investments foray into the Asian Tour is the first step in unveiling what is planned. It suggests some sort of arrangement with the new league as a pathway for players to join it. When the European Tour entered into a strategic alliance with the PGA Tour, it ended its relationship with the Asian Tour which saw a certain number of players earn exemptions while also co-sanctioning several events.

The investment in the Asian Tour will see a commitment of at least $200 million in prize money over a 10-year period to help fund a series of 10 annual marquee events. The series of tournaments will be added to the Asian Tour schedule in 2022.

In turn, the new league would likely be sanctioned by the Asian Tour, which means players could earn World Ranking points, a big issue as news of rival tours surfaced over the past two years. The World Rankings are one of the avenues for qualification for the major championships.

Norman noted the “untapped potential” in the Asia region and suggested it is just the start of Liv Golf Investments in various golf endeavors. The Asian Tour’s commissioner, Cho Minn Thant, hailed it as a significant milestone, especially in light of losing the association with the European Tour. “This will secure unprecedented new playing opportunities,” he said.

The Public Investment Fund is a sovereign wealth fund considered one of the largest in the world, with assets of more than $500 billion. It invests funds on behalf of the government of Saudi Arabia and has been the subject of controversy due to the country’s poor human rights record.

“I am pleased that the investor base is 100 percent commercially driven by the opportunity to improve golf for all involved,” Norman said. “I am happy to partner with this group of investors to bring the significant resources to bear that are necessary for the fundamental changes required for the greater good of the sport.”

The announcement follows a recent 10-year partnership between the Asian Tour and Golf Saudi, which runs the Saudi International, an event formerly part of the European Tour. When the tournament lost its European sanctioning, the PGA Tour said it would not grant releases for its players to play in the tournament.

Its association with the sanctioned Asian Tour has left the situation unclear. Dustin Johnson, the defending champion, is among several players who have sought releases to play in the tournament in February.

The tournament will become the flagship event of the Asian Tour, although it will not be one of the 10 new events that is part of the series that will take place throughout 2022 and beyond.