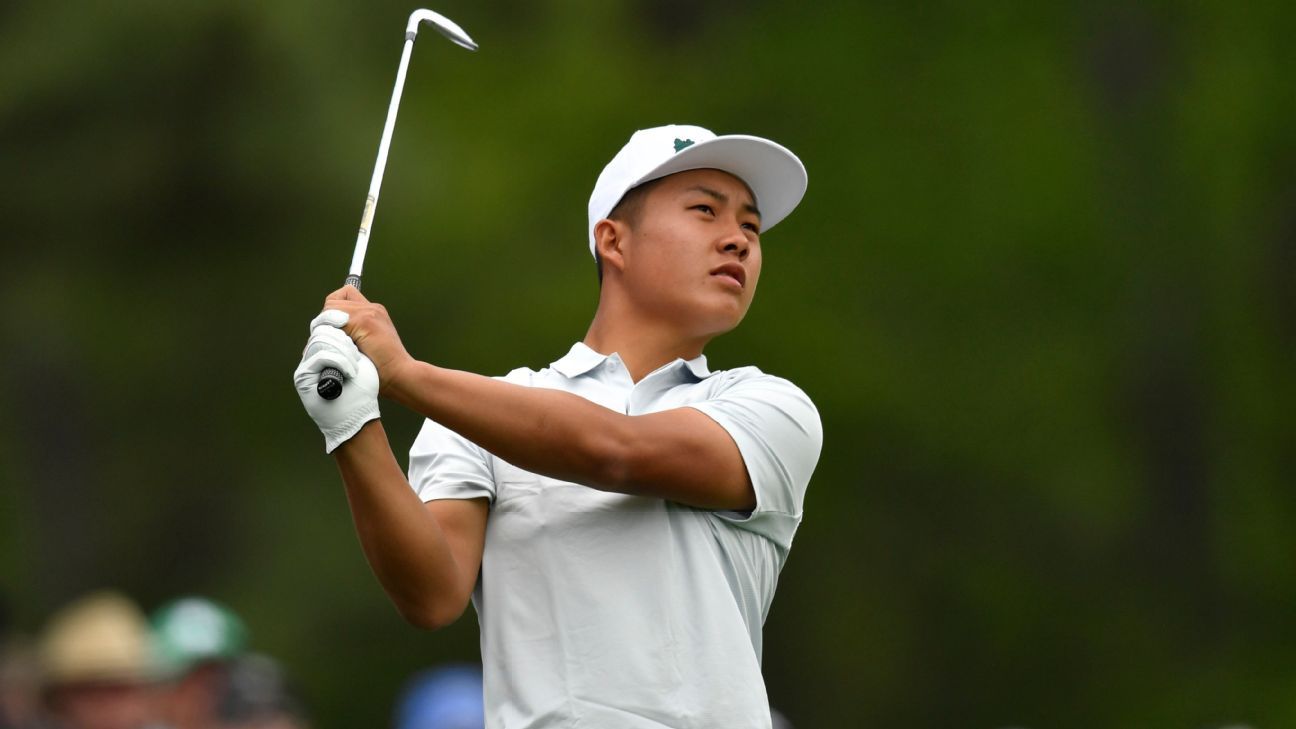 DUBAI, United Arab Emirates — Defending champion Yuxin Lin of China and top-ranked amateur Keita Nakajima of Japan were among seven players who shared the lead at 4-under 67 as the Asia-Pacific Amateur Championship began Wednesday with some of the biggest stars off to an ideal start.

Lin is trying to become the first three-time winner of the Asia-Pacific Amateur, which began in 2009 and awards a spot in the Masters and British Open to the winner. Nakajima already has locked up the Mark H. McCormack Medal for being the No. 1 amateur.

Joining them atop the leaderboard was Lukas Michel of Australia, who won the U.S. Mid-Amateur in 2019, and Sam Choi of South Korea, who is 14th in the world amateur ranking (fourth among players from Asian countries).

Nakajima already has won a Japan Golf Tour event and tied for 28th in the Zozo Championship on the PGA Tour two weeks ago. His round at Dubai Creek Golf & Yacht Club included a tee shot that sailed out-of-bounds on No. 2, only for him to respond with six birdies over the next 11 holes. He was slowed late by a three-putt bogey on the 16th.

Also at 67 were Alexander Yang of Hong Kong, Jimmy Zheng of New Zealand and Wooyoung Cho of South Korea.

Twenty-three players broke 70 in the opening round.

Nakajima played with Lin, who started his college career at USC and now is a junior at Florida. Lin won the Asia-Pacific Amateur in 2017 and 2019, joining Hideki Matsuyama as the only two-time winner.

“I really enjoyed playing with Yuxin. He made some good birdies on the front nine and I also followed him,” Nakajima said. “I did not pay attention to his scores but if I am tied with the defending champion, it’s always a good thing. There’s a lot of golf to be played so we will see.”

The New Titleist T300 Irons
Avoid These Mistakes and You Don’t Need Golf Tips
FIRST TEE NERVES – How to control them
Highlights: Rocket Mortgage Classic, Round 2 best shots | Golf Channel
Sounds like Cam Smith got down to business (literally) during the offseason getting his LIV team set for Year 2