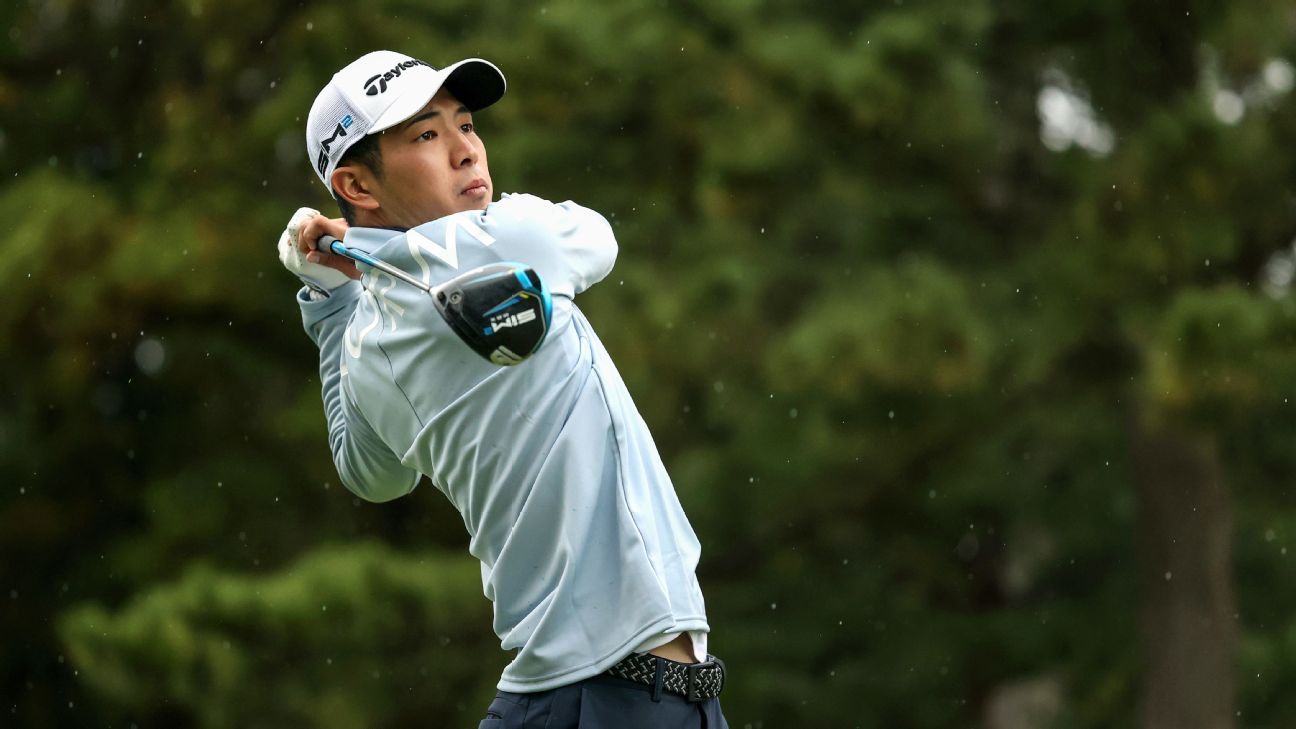 DUBAI, United Arab Emirates — Keita Nakajima of Japan made a pair of 15-foot putts over the last three holes Friday, the last one for par on the 18th hole, for a 4-under 67 and a 1-shot lead going into the final round of the Asia-Pacific Amateur Championship.

That set the stage for a compelling finish at Dubai Creek and Yacht Club, with the winner getting a spot in the Masters and the British Open at St. Andrews next year.

Nakajima is the No. 1 amateur in the world. He already won on the Japan Golf Tour this year while playing on an exemption. He is trying to join Masters champion Hideki Matsuyama and former No. 1 amateur Takumi Kanaya as the only Japanese winners of this event.

Right behind is Yuxin Lin, who had a 65 in his bid to become the only three-time winner of the Asia-Pacific Amateur since it began in 2009. Lin, who started his college career at Southern California and now plays at Florida, won in 2017 and 2019. The tournament was canceled last year because of the COVID-19 pandemic.

The Japanese star surged into the lead late in the round with a 15-foot birdie putt on the tough par-3 16th. On the closing hole, a wayward drive forced him to take a penalty drop, but he escaped with a big par putt.

“I am really proud of the par save on the 18th and a big birdie on the 16th. The last three holes are very challenging on this course, so to finish them in 1 under was good,” Nakajima said. “One shot ahead, I am really excited to be in the position I am. I just want to have a good preparation tomorrow morning. Because of the way I finished, I am feeling very confident.”

Bo Jin of China, whose brother Cheng Jin won the 2015 Asia-Pacific Amateur, had the lead until bogeys on the final two holes dropped him to a 70 and 2 shots behind, along with Sam Choi of South Korea.

Lin started strong after finishing the second round with a double bogey, and not even a dropped shot at No. 7 slowed his momentum.

“I’m really glad I have this opportunity to be in contention again. It would be nice to achieve the three-peat,” Lin said. “I’ve gotten myself in this position, and I’m going to enjoy tomorrow and see what happens.”