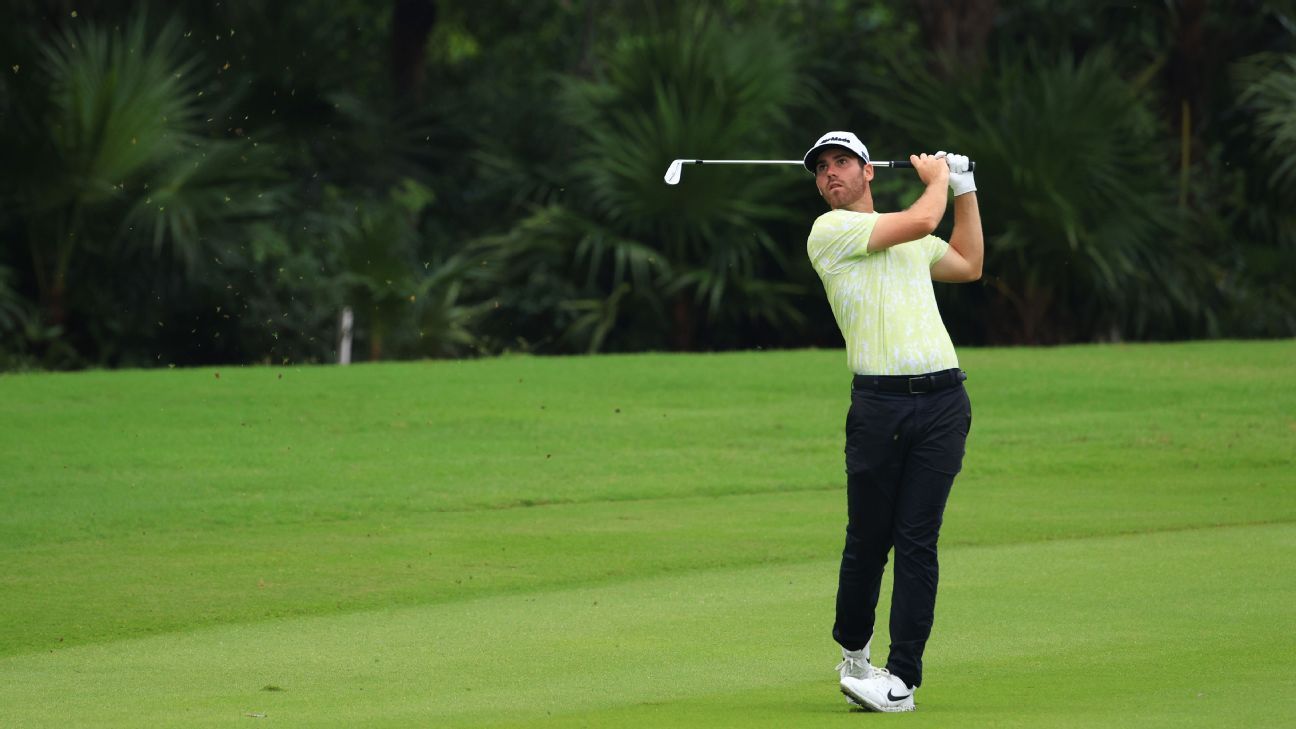 PLAYA DEL CARMEN, Mexico — Matthew Wolff arrived at Mayakoba and quickly realized El Camaleon might not be a good course for what he calls his “rip dog” length. Then again, he’s playing so well it doesn’t matter.

Wolff hit only one driver Thursday, followed his script of keeping the ball in play and ripped off a 10-under 61 to match his career low on the PGA Tour. It gave him a two-shot lead among early starters in the World Wide Technology Championship.

Aaron Wise had the better start, reaching 8 under through 10 holes. No one started better than Chris Kirk, who opened with a 6-iron on the par-3 10th that he couldn’t find until realizing it was in the cup for a hole-in-one.

Sergio Garcia and Talor Gooch had the low scores from the afternoon at and joined Kirk and Billy Horschel at 64.

Wolff kept it steady from start to finish in such a thoroughly efficient round that only later did he realize he had the course record at the resort along the Gulf of Mexico.

“As soon as I finished the round, my caddie said to me, ‘You know, I’ve been caddying for you quite a few rounds and that was not the one that I thought was going to be the lowest,'” Wolff said. “It was very steady. Birdies came evenly throughout the round, didn’t really make any mistakes. … Every shot I was comfortable over.”

There is some serious comfort in Wolff’s game at the moment, which has been trending this direction since he learned not to let his score affect his outlook on life.

He last played three weeks ago in Las Vegas at the Shriners Hospitals Open, and he had a share of the lead with nine holes to play until Sungjae Im left everyone in his wake with a 62. Wolff finished alone in second.

The break gave the 22-year-old Californian time to put serious concentration into his game with swing coach George Gankas. The result was feeling confident in his setup, which feeds through the rest of his athletic game.

His only driver Thursday was on the par-5 13th.

“It’s obviously nice being able to rip dog because it’s a big advantage,” Wolff said. “I can carry some stuff that most people can’t, so obviously I love courses that I can hit driver on. But I think along with me — every other player out here — when we’re playing good, I mean, it doesn’t matter if a course doesn’t suit you well.

Nothing was going right for Justin Thomas, who was 3 over through 11 holes and toward the bottom of the pack. He birdied six of his last seven holes for a 68.

A year ago, Thomas was lagging behind when he shot 62 to at least give himself a chance going into the final round. He tied for 12th. So he’s not the fastest starter at Mayakoba. More bothersome was another slow start at the CJ Cup in Las Vegas until he closed with a 64.

“I should be and I will be more pleased with the turnaround, but at the moment I’ve got to figure out how to just get off to a little bit better start,” Thomas said.

Kirk was in the first group, started on the par-3 10th and figured it was a perfect 6-iron from 204 yards. He couldn’t see with great clarity at dawn, but he knew he hit a good shot and his caddie thought he saw it rolling on the green. But there wasn’t a ball on the green.

“It was just light enough to kind of see what we were doing, but I hit a really good shot and saw it going right at it and that was it,” Kirk said. “Once we got up there and didn’t see a ball on the green, we had a decent idea of where it might be. But Jonas [Blixt] and Danny [Lee] got up to the hole before and saw that immediate reaction of arms in the air and started clapping.

“It was pretty cool.”

Rickie Fowler also opened with a 66 along with Ian Poulter, who is trying to nudge his way back into the top 50 in the world. Defending champion Viktor Hovland and Tony Finau were in the group at 67, while Brooks Koepka and Shane Lowry had to settle for 71.

Stricker wins Champions event in Hawaii by 6
The PGA Tour is debuting a new approach to monitoring rules, and most players probably don’t know about it
Luke Donald’s Mizuno MP59 Titleist CB Forged Irons
Keith Pelley says he and Jay Monahan have recused themselves from LIV Golf’s OWGR application process
Driver vs Iron – The Set Up Explained In 30 Seconds! #shorts #golf