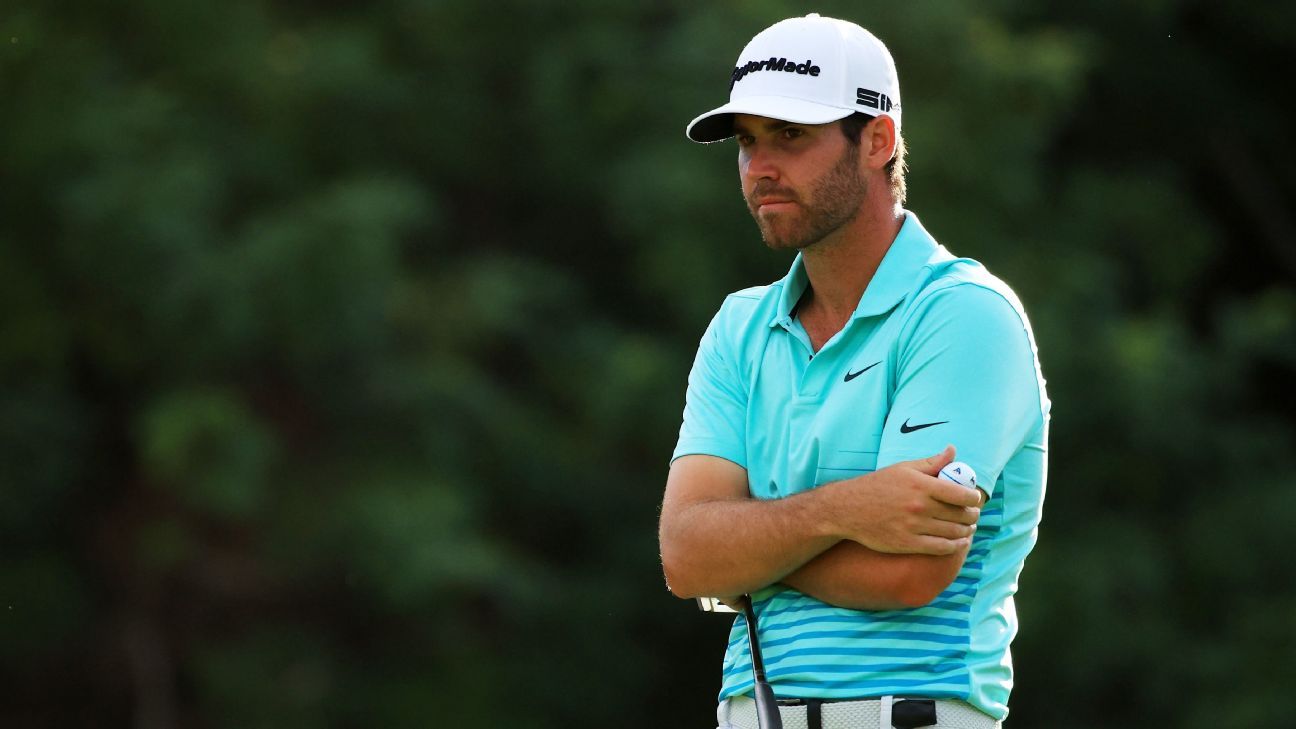 PLAYA DEL CARMEN, Mexico — Matthew Wolff was on the verge of building a big lead Friday at Mayakoba until a pair of late bogeys forced him to settle for a 3-under 68 and a two-shot lead over fast-closing Scottie Scheffler in the World Wide Technology Championship.

Wolff had no trouble making birdies on the day after he opened with a 10-birdie round of 61. He birdied all the par 5s at El Camaleon for the second straight day, the last one with a nifty pitch to 6 feet at No. 13 that took him to 15 under.

But he found a greenside bunker on the tough par-4 16th, which played into a light wind, and failed to get up-and-down with a 35-yard sand shot. His 3-wood off the tee at the 18th went left into a bunker, and he missed a 12-foot par putt on his final hole.

That dropped him to 13-under 129, still in the lead and looking to be in command of his game. The 16th and 18th are two of the three toughest holes on the course.

“It was a hard finish, but I was really happy with how I played today,” Wolff said. “Felt like it was pretty difficult this afternoon, honestly. … Following a round like I had yesterday, it’s not always easy to come out and keep on making birdies and glad I proved to myself that I could do it. I put myself in a really good spot, so I’m excited for the week.”

Scheffler, who has performed well in majors and in the Ryder Cup but hasn’t won on the PGA Tour, was closer to the cut line than the lead until he ran off five straight birdies, the last one a 35-foot putt on the par-3 eighth.

He finished with a par for a 64 and wound up within two shots of the lead.

“I feel like I’m doing a good job of getting the ball in position and giving myself a lot of looks,” Scheffler said. “I feel like I burned a lot of edges the first couple days. Once those putts start falling a bit more, I think I’ll start scoring a bit better.”

Carlos Ortiz of Mexico and defending champion Viktor Hovland of Norway each had 65 and were three shots behind. Hovland overcame a bizarre break on No. 1 after he made the turn when his approach took a wild bounce and went out-of-bounds, leading to double bogey.

“I pushed it a little bit and literally landed four steps right of the pin, hits a sprinkler head and goes in the trees over the green,” Hovland said. “That’s a bad break, but it’s not like I sliced it OB or something like that. I knew I was playing good golf, so I just had to reset.”

That he did, making five birdies the rest of the way.

It doesn’t take much to get out of position, and the leading players all spoke of the importance of keeping the ball in play.

Brooks Koepka was doing the same until the worst moment. He rallied to get inside the cut line only to pull his drive into the mangroves left of the 16th. He took a penalty drop and his next shot stayed just short of more trouble. He made triple bogey, had another 71 and missed the cut. Koepka hasn’t finished in the top 20 since July.

Rickie Fowler got his mistakes out of the way early. He played the par 5s on the front nine with a bogey and a double bogey, and then failed to birdie the par-5 13th. He was just outside the cut until a birdie on the 17th for a 72 to make it on the number.

Ten players were in a tie for fifth at 9-under 135, a group that included Justin Thomas. The surprise in that group might be Bill Haas, who is using a one-time exemption for career money to keep a full card this year.

Haas, who won the FedEx Cup in 2011 and played on two Presidents Cup teams, has gone more than six years without a win and is No. 744 in the world. He opened with a 65 and had another bogey-free round of 67 to stay in the mix.

“I’ve been grinding for seems like three years now on trying to figure out what’s going to be consistent and what’s going to help me get over that hump,” Haas said. “Right now I have a swing thought that seems to be working OK. And I want one to last for more than two days. I’d love for it to continue this way and hopefully have a nice few months.”

Golf Lesson: How to Practice Like Rory Mcilroy
Butch Harmon Short Game Golf Lesson
Patrick Reed involved in another rules question after ball gets stuck in tree
The SIMPLE Golf Swing Sequence Tip You Need!
Heavy wind at Torrey Pines for Farmers Open was better for paragliders than golfers