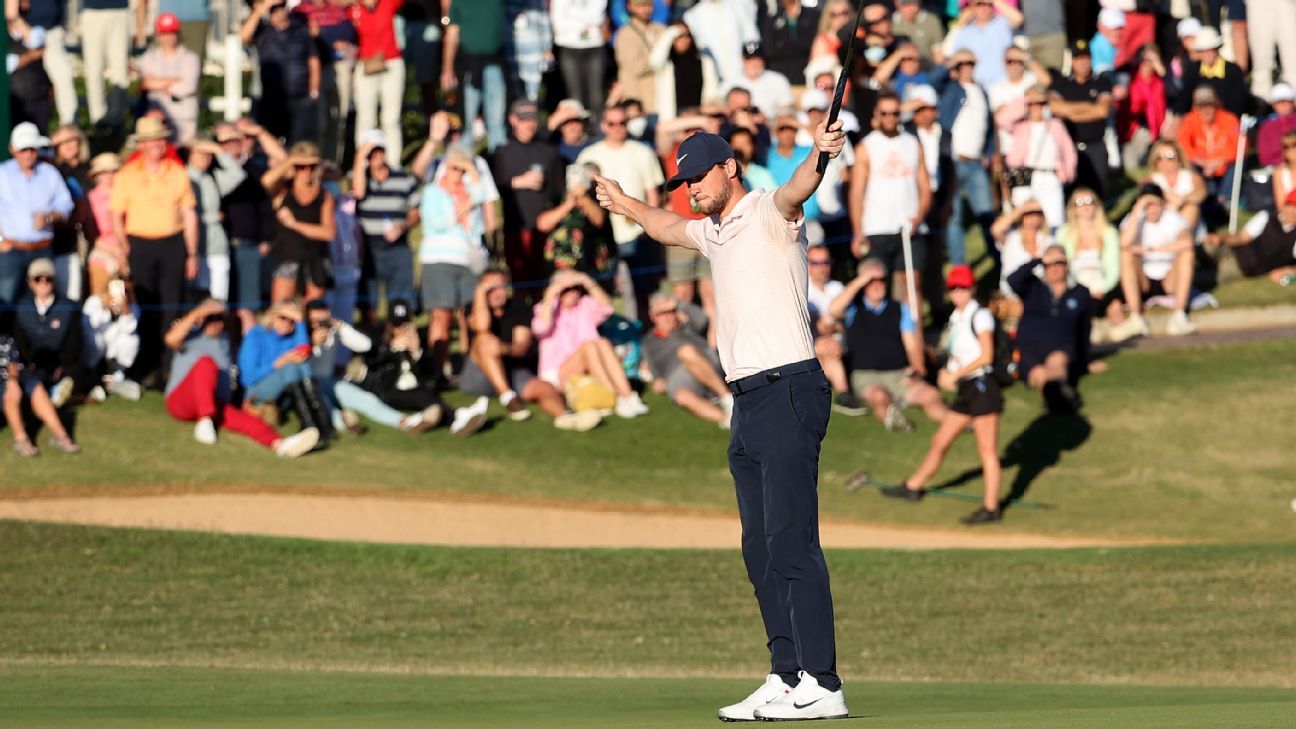 Belgian Thomas Pieters fired a three-under-par 68 in the final round of the Portugal Masters on Sunday to clinch the title by two strokes for his fifth European Tour crown.

The 29-year-old came into the final round at the Dom Pedro Victoria Golf Course in Vilamoura sharing the lead with France’s Matthieu Pavon, but began with a bogey on the first hole before recovering with an eagle on the fifth.

He carded birdies before and after the turn and followed that up with another bogey, but gained a stroke on the penultimate hole before finishing 19-under for the tournament.

Pavon had three birdies on the front nine, but disaster struck on the 12th with a triple bogey as he found water three times had to settle for a 70 and share second place with Danes Lucas Bjerregaard and Nicolai Hojgaard at 17-under overall.

“It feels amazing,” said Pieters, who last captured a title at the 2019 Czech Masters. “It felt like a long time between victories but (caddie) Adam Marrow and I worked so hard and it felt like a deserved one.

“I was struggling a bit with my swing, wasn’t really trusting it the way I did the first three days. I was busy with that in my mind and not really the scores. I had a peek at some of the boards and saw we were up there maybe leading by one.

“It ping-ponged back and forth so I was happy to come out with a two-shot lead.”

Victory took Pieters back into the world’s top 100 and secured his spot in the season-ending DP World Tour Championship in Dubai.

Patrick Reed involved in another rules question after ball gets stuck in tree
Blue Bay LPGA canceled for third time in 4 years
INCREDIBLE tee shot from Juan Postigo! 👏
McIlroy vs. Reed in Dubai, Max Homa’s rise and more from the PGA Tour
This Is Why You SCREW UP On Par 3’s #shorts