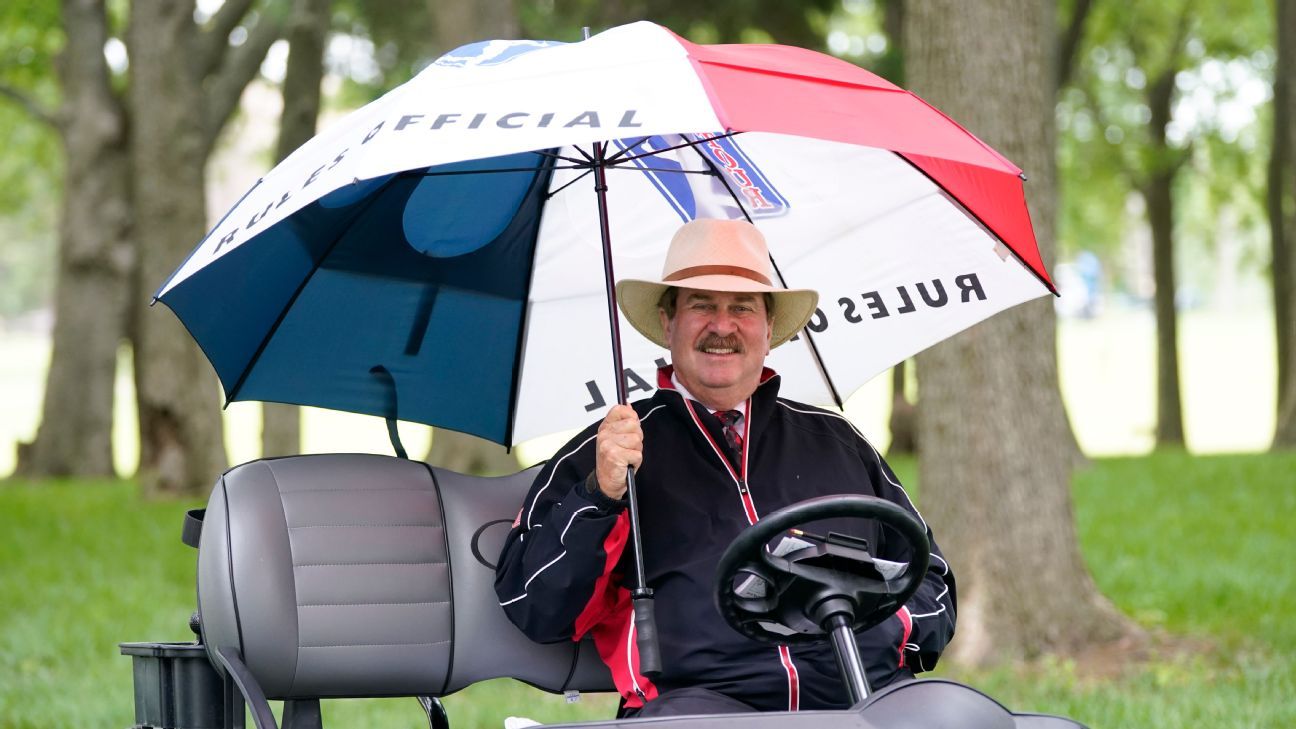 Slugger White, a longtime PGA Tour rules official who retired earlier this year, is coming back to serve in an executive role with Greg Norman’s new company, LIV Golf Investments.

White, whose given name is Carlton White II, becomes the most prominent person after Norman to join the organization, which is set to launch a still-to-be-named league in 2022 that will attempt to lure various players to compete in guaranteed, big-money events.

He and another longtime rules official who also had retired, Mark Russell, were celebrated throughout the year as they visited various tournaments for the final time.

White, known to golf fans thanks to his distinctive hat and bushy mustache and numerous TV interviews in which he described rulings or weather situations, worked his final event at the WGC-FedEx St. Jude Invitational in August.

Among many rulings White made over the years was a penalty he gave to Tiger Woods at the 2013 BMW Championship, where Woods’ ball barely moved while he attempted to remove debris.

The movement, which Woods described as “oscillating,” could only be discerned via slow-motion video from a tour entertainment crew that was following Woods, who vehemently opposed the penalty. White had the final say and hit Woods with the 2-stroke sanction.