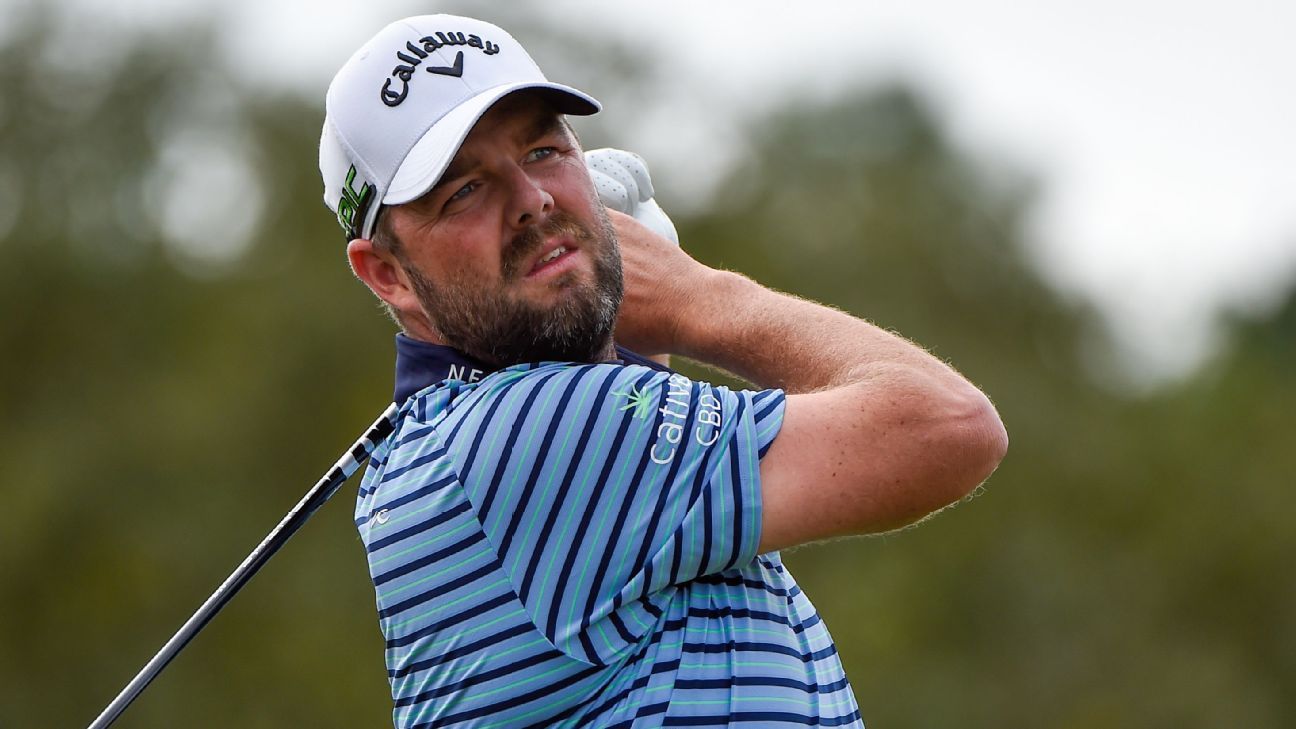 HOUSTON — Marc Leishman, Russell Henley, Talor Gooch and Luke List shared the lead Thursday in the suspended first round of the Houston Open, with List still on the course when darkness stopped play.

Rain delayed the start for 2 1/2 hours, with 0.9 inches falling at Memorial Park. None of the afternoon starters completed play.

Leishman, Henley and Gooch each finished at 5-under 65, while List had three holes left when play was called for the day.

Leishman closed with a bogey on the par-4 18th.

“My irons were really on and gave myself a lot of chances and made the putts,” the Australian said. “It was pretty stress-free. Disappointing to bogey the last and not have a bogey-free round, but on a course like this, I’m pretty happy with just making one bogey.”

“We knew we weren’t going to finish so just trying to get as much as we could in,” List said. “The course was gettable today, a little softer conditions from the rain this morning. Yeah, I was pretty patient today.”

Jason Dufner opened with a 66.

“I think the course responded pretty well to the weather we had,” Dufner said. “It was a pretty strong storm that pushed through. Thankful that it pushed through pretty quickly. It was soft early, but sun’s out now, the wind’s blowing a little bit, so the course is drying out.”

Patrick Reed shot a 70. He’s playing for the fifth time in the past six weeks.

Lee Westwood also had a 70 in his first event since the Ryder Cup. He’s outside the top 100 in the Race to Dubai and will not be eligible for the season-ending event on the European Tour.

Brooks Koepka was even par with nine holes left. His younger brother, Chase Koepka, was 3 over through seven holes. He’s playing on a sponsor exemption.

On Kobe, baby poop and loving the Dodgers … Max Homa gives one of the greatest winner’s press conferences ever
Tiger Woods jokes ‘Humpty Dumpty is glued’ and ready | Live From the Masters | Golf Channel
Never Make this Downswing Move – Do THIS for Lag Instead
Golf Lesson: How to Practice Like Rory Mcilroy
STOP DUFFING your Golf Shots in 15 SECONDS