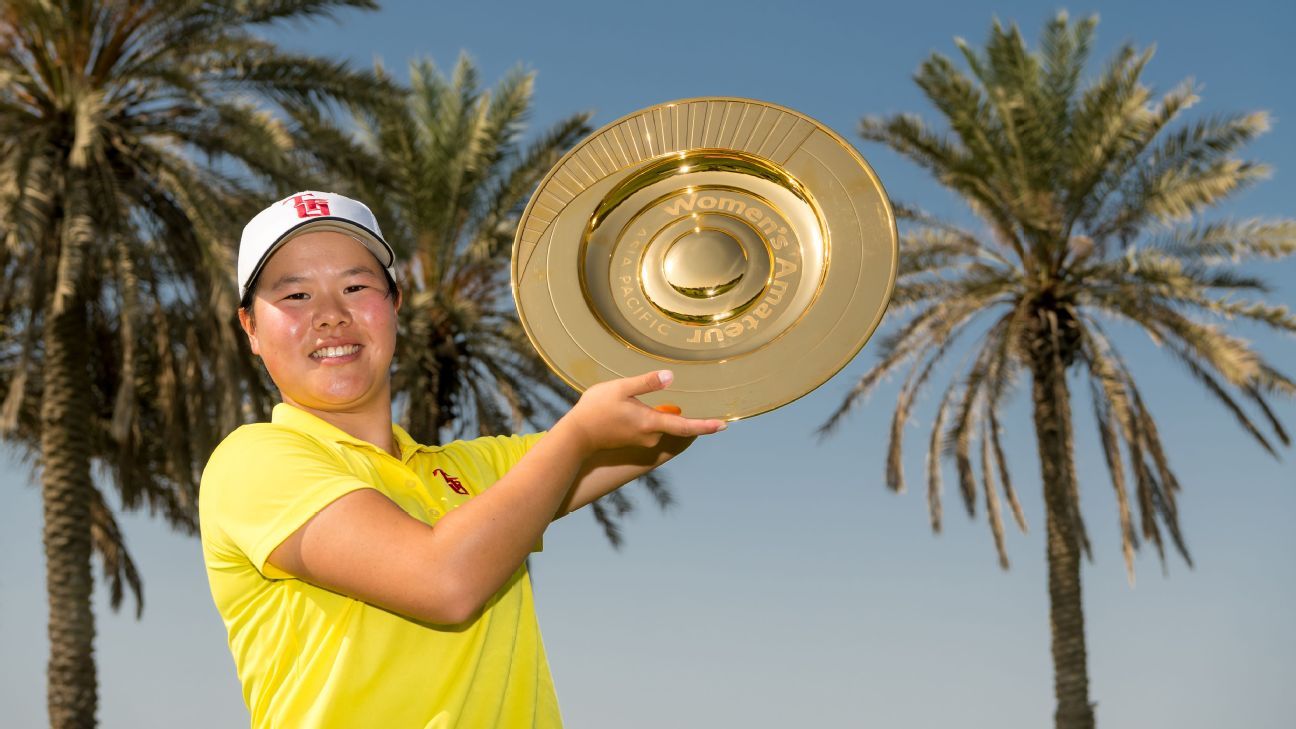 ABU DHABI, United Arab Emirates — Mizuki Hashimoto of Japan holed out from the fairway for eagle that sent her to a 4-under 68, allowing her to make up a 3-shot deficit and win the Women’s Amateur Asia-Pacific on Saturday to earn spots in two majors.

Hashimoto finished 1 shot ahead of Kelsey Bennett of Australia (68) and the Thai duo of Kan Bunnabodee (66) and 54-hole leader Natthakritta Vongtaveelap (72).

Her victory came one week after Keita Nakajima won the Asia-Pacific Amateur and extended a big year for golf in Japan. Hideki Matsuyama won the Masters, Tsubasa Kajitani won the Augusta National Women’s Amateur and Mone Inami won a silver medal in the Olympic women’s golf competition outside Tokyo.

Hashimoto finished at 16-under 272 to become the second straight Japanese player to win the Women’s Amateur Asia-Pacific, which began in 2018. Yuka Yasuda won in 2019, and the event was not held last year because of the pandemic.

The victory earned Hashimoto a spot in the Women’s British Open and the Evian Championship next year. She also will be invited to play the Augusta National Women’s Amateur.

Phil Mickelson says he’s ‘at peace’ with never playing in another Ryder Cup or PGA Tour event
Rahm surges at Torrey Pines, within 2 of Ryder
Improve Your Tee Shots With Shoulder Alignment
John Daly | Five Of The Best Open Shots
The APGA is back on TV at Torrey Pines and will celebrate a minority golfer’s victory