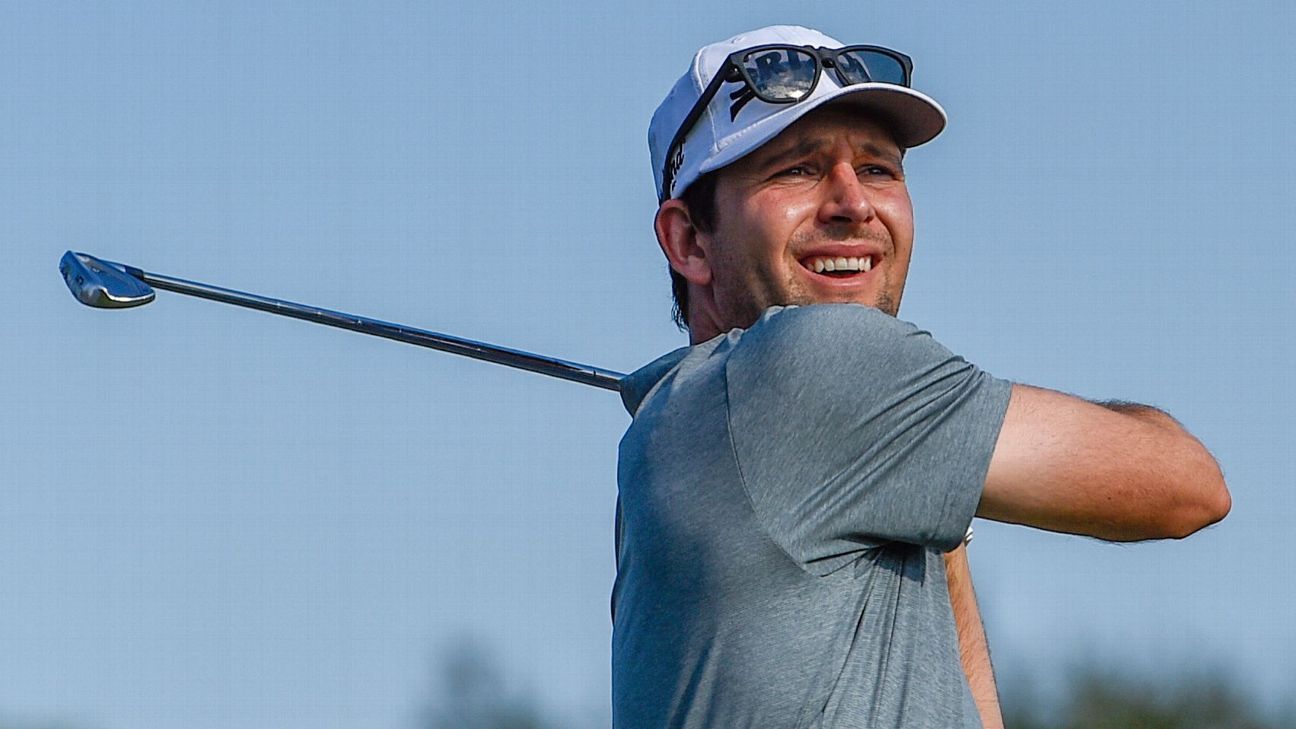 HOUSTON — Martin Trainer was in rare territory Friday. Not only did he play well enough to stick around for the weekend, he found himself leading the Houston Open.

Trainer holed a pair of long birdie putts and three short ones in a bogey-free round at Memorial Park for a 5-under 65 and a one-shot lead over Kevin Tway.

The second round would not be completed until Saturday morning as the tournament tried to catch up from a long weather delay at the start of the tournament.

While the cut would not be made until then, it was virtually certain four-time major champion Brooks Koepka who would miss for the second straight week.

That’s a part of golf Trainer knows all too well.

He won the Puerto Rico Open in 2019 as a rookie, and then it was all downhill after that. Trainer has made only nine cuts in 70 starts on the PGA Tour since then, and one of those was the winners-only Sentry Tournament of Champions at Kapalua that had no cut.

He had missed seven in a row dating to the 3M in July.

And then the 30-year-old Trainer showed up at Houston and made the game look simpler than it has for the last two years.

“Last week I hit the ball really well for the first time in a long time and I just didn’t putt very well,” Trainer said. “So I figured if I could somehow do both those at the same time – to be fair, every single player says that every single week. But for me, it had been such a long time coming. It really was a grind for a long time.

“So now to finally be able to put it together … you have to hope that this is the week.”

No need telling that to Tway, who won the Safeway Open to start the 2018 season and has only one other top 10 over his next 72 events on the PGA Tour.

Tway had a pair of eagles in his round of 64, holing a 60-foot chip on the par-5 third hole and then holing out from 107 yards in the fairway on the par-4 13th. He was tied for the lead until missing a 5-foot par putt on the 17th hole.

Jason Kokrak was 8 under with seven holes left.

Adam Long was another stroke back after a 67.

The low round of the day belonged to Scottie Scheffler, who had a 62 and was in the group four shots behind that included fellow Texas Longhorn Kramer Hickok.

To see Trainer’s name atop the leaderboard was a surprise considering how many cuts he has missed and how discouraging it can get.

Sure, there were times he pondered his future in the game. His exemption from winning in Puerto Rico runs out after this season. But he always had hope, and he knew that while it’s hard to win on the PGA Tour, he had done it before.

“It is demoralizing when you keep missing cuts over and over again,” Trainer said. “It’s been tough at times for me the last couple years not playing well, but now that I figured out a little bit of ball-striking, dropped some putts, it really can turn around that quickly.

“So I’m just grateful that that’s happening to me this week and hopefully I’ll keep it going.”

McIlroy leads by 3 ahead of final day in Dubai
Golf Lesson Part 1
Golf Mistakes That DRIVE US CRAZY! | ME AND MY GOLF
John Daly | Five Of The Best Open Shots
Ping G20 Irons