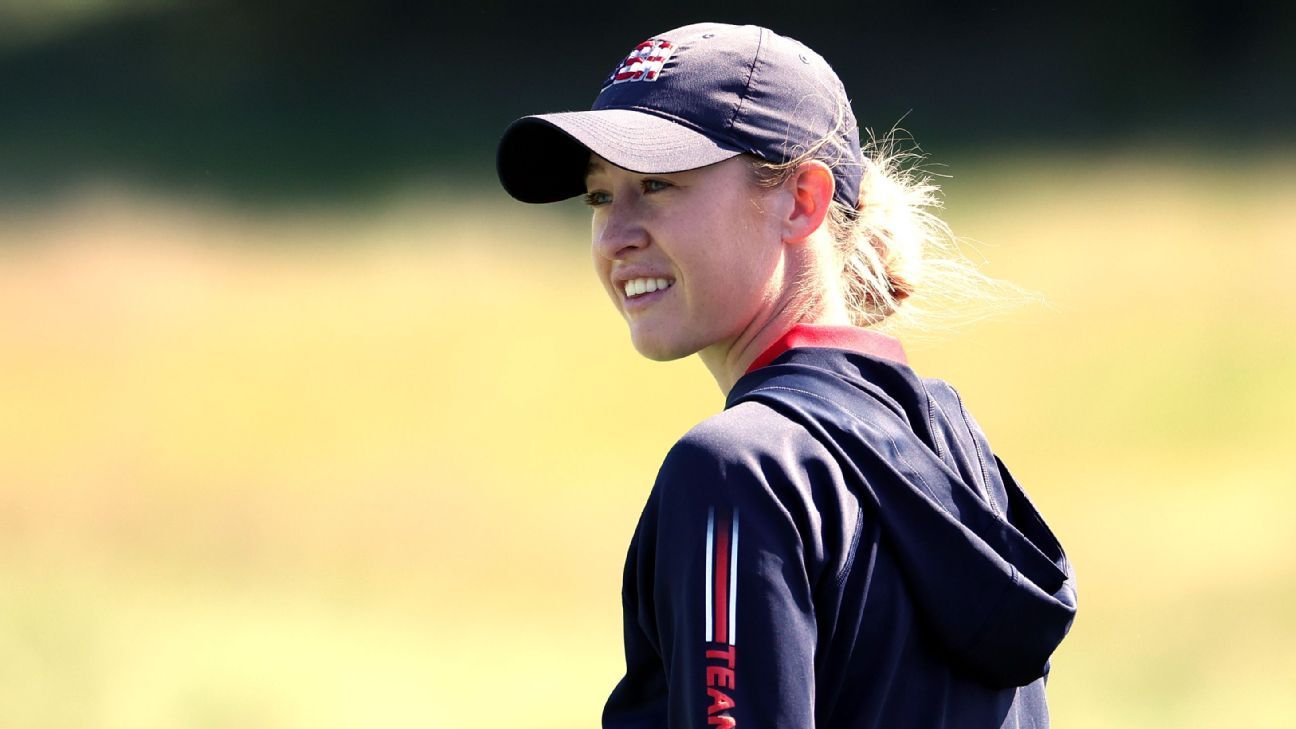 BELLEAIR, Fla. — An epic duel between Nelly Korda and Lexi Thompson turned into a stunning meltdown by both of them. Korda at least managed to recover and win a four-way playoff Sunday in the Pelican Women’s Championship.

Korda won for the fourth time this year on the LPGA Tour, none of the others this wild.

“I almost kind of lost faith,” she said.

Korda fell out of the lead on the 17th hole at Pelican Golf Club by chopping her way to a triple bogey to fall two shots behind. She answered with an 18-foot birdie putt on the final hole for a 1-under 69 and got into a playoff when Thompson made a second straight bogey for 69.

They were joined at 17-under 263 by defending champion Sei Young Kim (67) and Lydia Ko (66), neither of whom expected to be playing extra holes until Thompson and Korda imploded over the final two holes.

Korda ended it quickly with her second birdie on the 18th hole, this one from 12 feet.

“I just found myself probably the best putt,” Korda said of the 18th. “Putted two times in a row, and went in really nicely.”

The victory paid off handsomely for the 23-year-old American.

She secured her spot at No. 1 in the women’s world ranking, and moved 12 points ahead of Jin Young Ko for LPGA player of the year going into the season-ending CME Group Tour Championship next week in Naples.

Korda now has five wins this year — four on the LPGA Tour to match Jin Young Ko’s total, one a gold medal at the Tokyo Olympics.

She lost a two-shot lead on the par-3 12th hole when Korda made bogey and Thompson made birdie, and they matched par for the next four holes in a two-player race.

And then it was four players.

Kim birdied the 18th and figured she had tied for third with Jin Young Ko, who played bogey-free. It was a matter of whether Korda or Thompson would win the tournament.

And then it changed so quickly. Korda pulled her second shot to the 17th, dumped a wedge into a bunker and missed what appeared to be a tap-in. It added to a triple bogey with one hole left.

Instead, Thompson added to reputation of struggling to close out tournaments. She bogeyed the 17th, but still had a one-shot lead until making another bogey on the 18th.

Korda made good on her second chance.

Thompson took only one question, and spoke about an “amazing week” with hospitality “like no other.” It wasn’t clear if she was talking about her own hospitality.

Thompson now has gone 38 tournaments since her last LPGA Tour victory. At the U.S. Women’s Open this year at Olympic Club, she lost a five-shot lead on the back nine and finished with two bogeys to miss the playoff by one shot.

Korda wasn’t the only winner.

Lauren Coughlin, who earned a spot in the field through Monday qualifying, closed with a 70 and tied for 16th. She moved from No. 106 to No. 97 to keep a full LPGA card for next season. Stephanie Meadow moved up one spot to No. 100, the cutoff for full status.

Korda and Jin Young Ko take their show down the coast to Tiburon Golf Club for the final event.

LPGA adds event at Liberty National in NJ in ’23
Migliozzi wins French Open with fine last round
I gave Richard Hammond a Golf Lesson! (Funny!)
Remote Golf Lesson With The Juju Swing
Golf Lesson: Struggling for the Set up? This will be a last video you will need to fix it #shorts