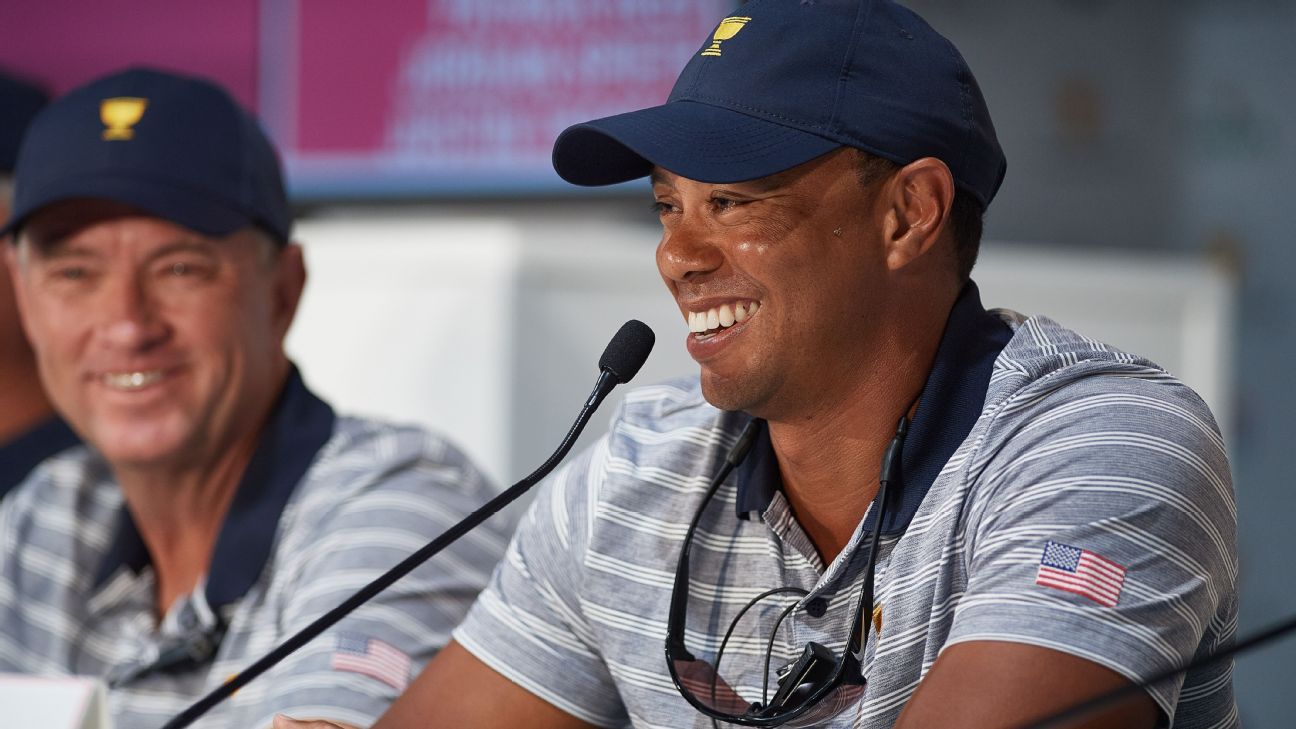 Davis Love III would be more than happy to have Tiger Woods serve as one of his assistants at next year’s Presidents Cup.

He’d rather have him at Quail Hollow in Charlotte playing.

Love is the 2022 U.S. Presidents Cup captain after twice serving as a U.S. Ryder Cup captain and as an assistant in 2018 as well as this year’s victory at Whistling Straits.

Woods played as the captain for the last Presidents Cup, in Australia, where the U.S. side won in 2019. Love said he had hoped Woods would continue his captaincy in Charlotte, which will host the event this year after it was postponed in 2021 due to the coronavirus pandemic.

“It would have been a great captaincy for Tiger to continue on,” Love said Tuesday at the RSM Classic, where he is the tournament host. “At the time we were discussing it, he said, ‘No, I’m playing really good. I’m gonna make the team, and I enjoyed Australia being playing captain, but I want to be a player on the team.’

“So his role is whatever his role wants to be. If Tiger calls me up and says, ‘Hey, you’re kicked out, I’m taking over’ — that’s Tiger’s role. If he wants to be an assistant, you know … I would hope that he comes back and starts playing and can make that a goal, to be on the team.”

Woods made those remarks to Love before he was involved in a serious auto accident in February and suffered multiple injuries to his right leg. Woods has offered no update on his status, and it would appear a playing comeback is not imminent.

But Love said Woods played a big role behind the scenes at this year’s Ryder Cup and again welcomes his input and help.

“It took us a while to get him to the point where he would engage,” Love said. “Obviously he had a rough start to the year, but once we got him in the loop, he was a big help and a lot of fun for the Ryder Cup and for the team. Obviously the guys were going to see him down there in South Florida all summer. He can do whatever, and I know he’ll be a big part of it.”

As for what Woods brought to the Ryder Cup team, Love said that Woods “can give a little more insight” to a few of the players.

“Tiger went from a guy we didn’t know to now he’s a leader and an inside guy,” Love said. “So he has good information on some of the players that we don’t know.

“He was really helpful in captains’ picks. I think for me, in ’16 [when Love was Ryder Cup captain and Woods was an assistant] and then as an assistant captain, he’s very helpful in strategy and pairings. He’s a tactician. He watches a lot more golf than I do, so he has a lot of information.”

Woods, 45, has not played an official event since the postponed 2020 Masters in November of last year.

Jon Rahm finally cools off, Taylor Montgomery’s historic putting continues, and a trio of huge underdogs lead
An American amateur and Stanford junior, Michael Thorbjornsen, tied for the lead at Hero Dubai Desert Classic
The Players’ Journey – Narrated by Jordan Spieth | The 150th Open
Cameron Smith’s INCREDIBLE chip shots at the Memorial
You will Never Hit Driver Straight OR Long unless you Stop Doing This!