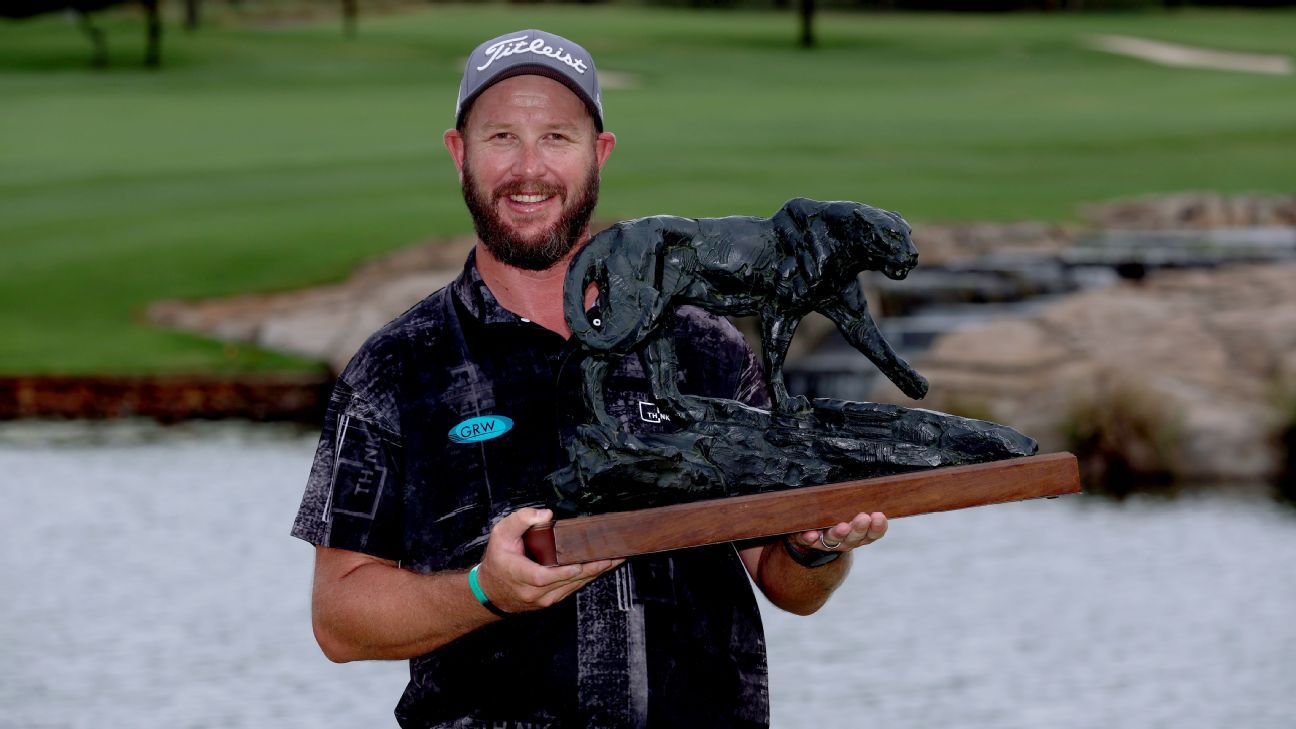 Strydom made four birdies in his first five holes after the turn to seize the outright lead and finished with a 3-under 69 for 18 under par overall at Leopard Creek Country Club.

The 37-year-old South African edged Spain’s Adrian Otaegui (-16), who closed with a 68. England’s Laurie Canter (-15) was third, another stroke behind, after a superb final-round 64.

Strydom had a share of the lead overnight but had a roller-coaster four holes from No. 6 to No. 9, where he went birdie, bogey, birdie, double-bogey.

That double-bogey on No. 9, after finding water with his second shot, threatened to throw off his challenge. But he recovered in fine fashion by collecting back-to-back birdies on Nos. 10 and 11.

Strydom’s breakthrough win came after he equaled the course record with a 63 in the third round at Leopard Creek. Scotland’s Scott Jamieson had set that record just a day earlier.

Strydom set a course record with a 63 at last weekend’s South African Open at the Blair Atholl Golf and Equestrian Estate in Johannesburg, where he finished in a tie for 15th.

Fitter Mickelson expecting a ‘really good year’
Explanar Golf Lesson: Hit Longer Drives. Case study on how to add 30 yards in 30 minutes
Ahead of a fateful meeting with Tiger Woods, Marcus Byrd scores his biggest pro golf victory
Phil Mickelson says he’s ‘at peace’ with never playing in another Ryder Cup or PGA Tour event
We’re not quite sure how Scott Hend pulled off this spectacular sand shot